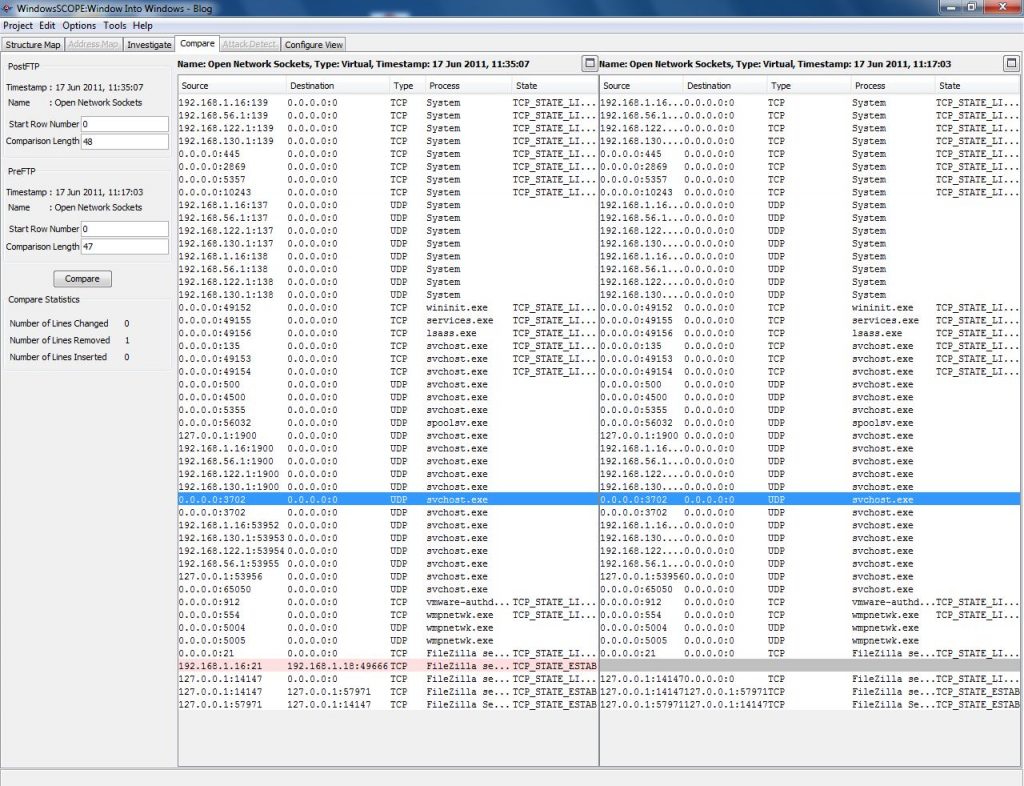 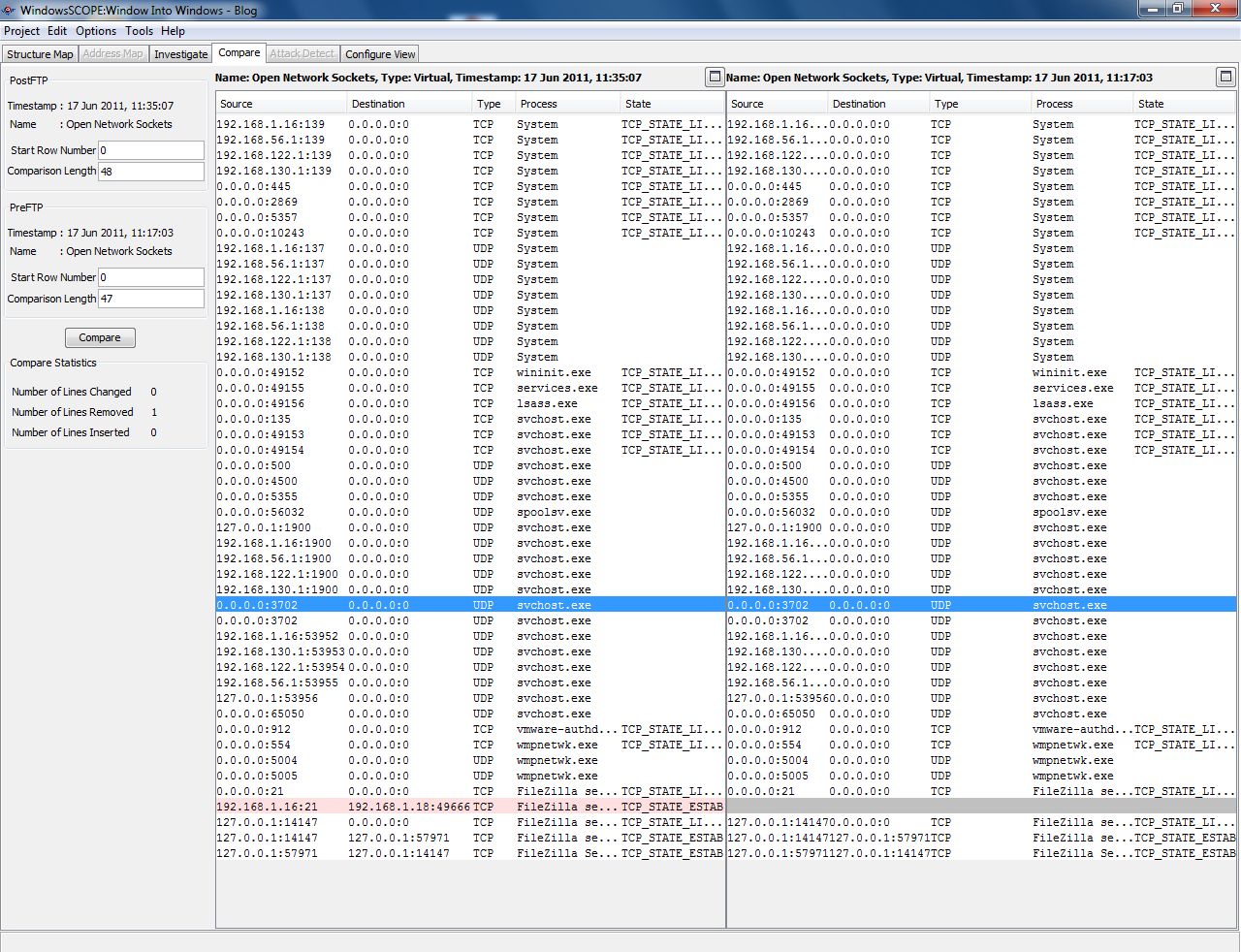 Using the Compare tool on the snapshot from the host computer before and after the remote computer attempted to connect to the server, it’s easy to see the sockets (highlighted in red) that were created by FileZilla. The host computer has the source IP 192.168.1.16 and was communicating through port 21 which is used for FTP traffic. The destination IP was to 192.168.1.18, the remote computer, and was through port 49666 which is a random, unassigned port. 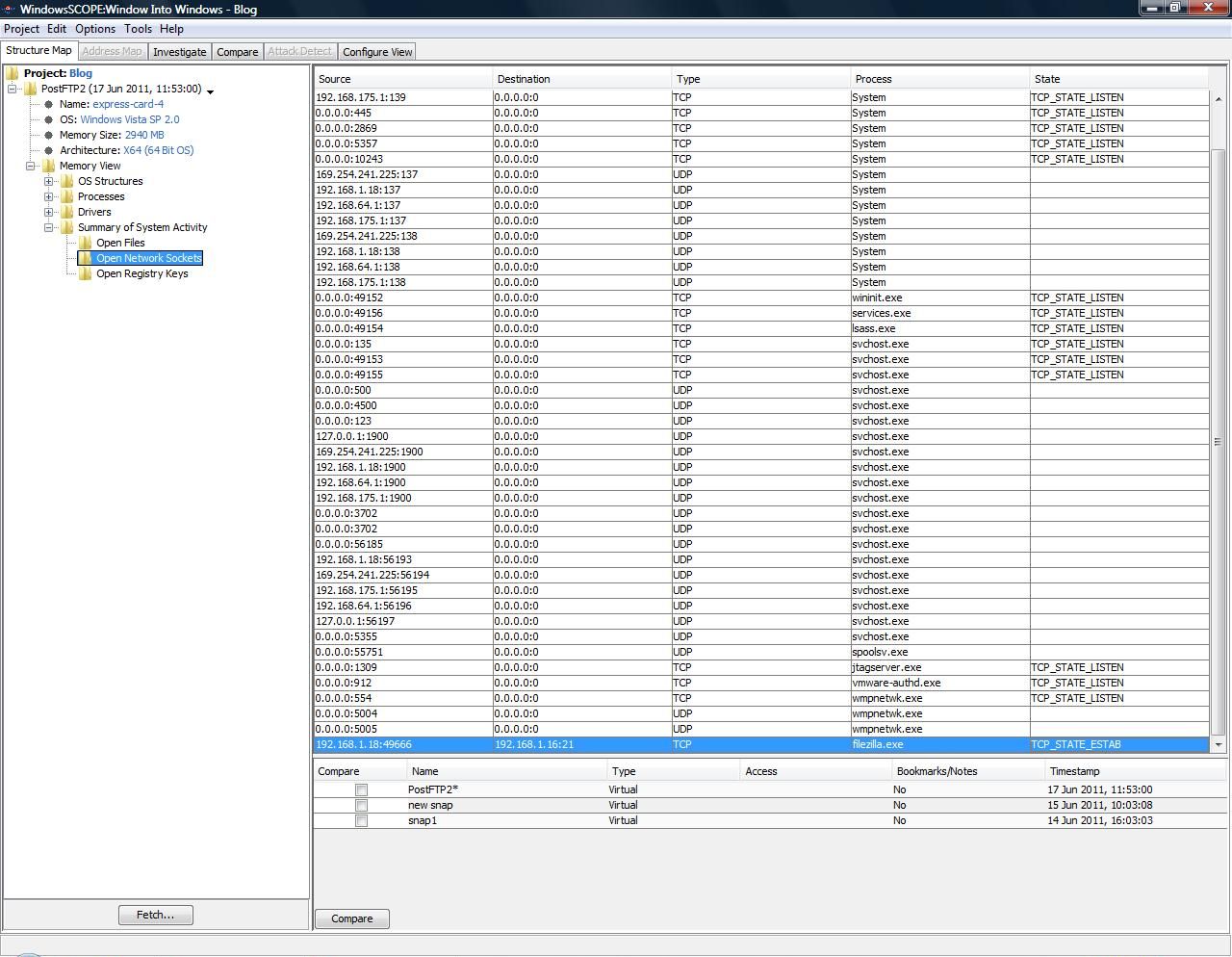 Comparing this to the snapshot taken on the remote computer, everything seems to matchup. It looks like FileZilla only opened one socket for its use, which is consistent with the one server it is connected to. While FileZilla is a program known to be safe, a similar comparison could be made on less reputable software using WindowsSCOPE.